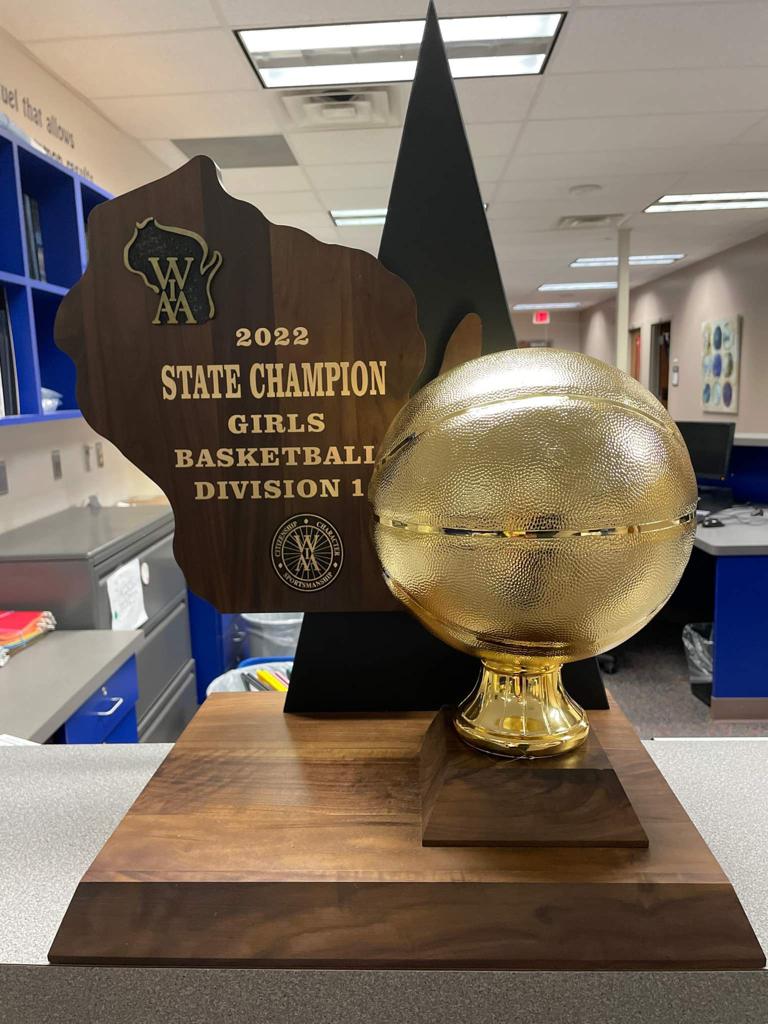 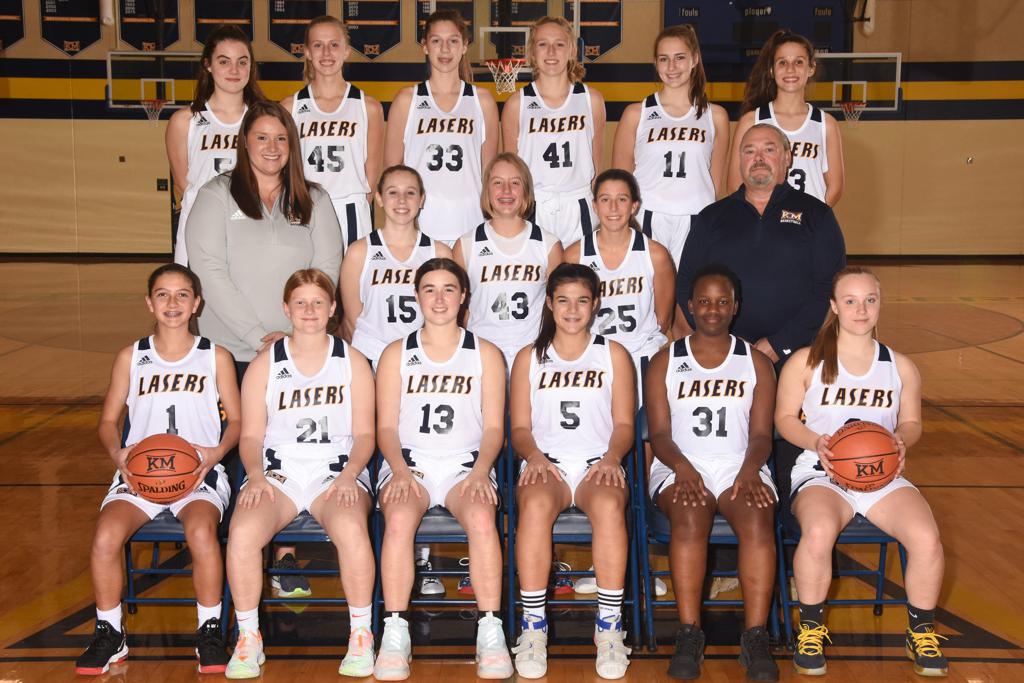 ASHWAUBENON — Grace Grocholski saved her best for the biggest stage.

The junior forward scored a game-high 34 points, and Kettle Moraine’s girls basketball team won its first gold ball since 1999 with a 69-53 victory over Appleton East in the WIAA Division 1 state championship game Saturday night at the Resch Center.

Grocholski was 9 of 14 from the field, and with the No. 3 seeded Patriots (25-5) battling foul trouble did most of her damage inside and from the free-throw line, going a near-perfect 15 of 16 from the charity stripe.

The No. 1-seeded Lasers (27-3) had to overcome some foul trouble of their own when senior guard Lily Randgaard picked up her third foul with 4 minutes, 47 seconds left in the first half. At the time, KM led 25-17 and would manage to nurse a 31-26 lead into the break.

From there, the Lasers gradually built their lead as East never got within closer than four the rest of the way. The KM advantage entered double digits and stayed there after a drive by senior guard Becca Siedenburg made it 48-37 with 8:44 remaining. The Lasers, who went 22 of 24 from the line, led by as many as 19.

All Classic 8 Conference schools have decided to offer live stream option for sporting events. Please choose on the host school when looking for live streaming athletic events. A few schools do charge for their service.